Mitchell Hamline School of Law is pleased to announce a forthcoming academic center focused on the legal system and Black lives. The formal launch of the Center for the Study of Black Life and the Law is expected this fall. 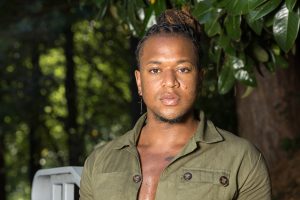 The center will be a repository for both theory and policy on how laws and legislative proposals affect Black life, according to founding director and professor T. Anansi Wilson. It will also offer curriculum to both Mitchell Hamline students and the wider community; host speakers and events; and be a gathering place for community members and artists.

Two online events will be held in coming weeks. The first, “Honoring Black Life,” on February 21, will be a dialogue with several guests: Eric Jo Johnson, William WJ Lofton, Keitshawna Williams, Rena Karefa Johnson, and Hari Ziyad. The second, on April 5, will feature Professor Imani Perry, best-selling author of “South to America: A Journey Below the Mason-Dixon to Understand the Soul of a Nation,” in conversation with Dr. Wilson, discussing the nexus between Black life and the law. Both events are open to the public.

“This center is unquestionably unique, if not historic, among law schools,” said Wilson. “We’ll be the first – but hopefully not the only – center specifically focused on the study of Black life and the law.

In the 10 years since the killing of Trayvon Martin, Wilson says, the racial reckoning across the country hasn’t just been among white communities but Black communities, seeking deep study into how their lives and their ancestors’ lives have been rendered by the law and the public imagination.

“We’re specifically naming and talking about a long array of racial violence and inequity that has been uniquely targeted at Black folks, and there’s a hunger for that kind of study right now in the country.

“Our goal is to create a focus on the Black light that undergirds black letter law to make this world – make this community – a bit more habitable for the Black folks that live here and for those who love us,” said Wilson, who joined the Mitchell Hamline faculty in the summer of 2021 after earning their Ph.D. from the University of Texas at Austin. They previously taught at the University of California at Hastings College of Law, The Center for Racial and Economic Justice, and Middle Tennessee State University and have delivered lectures at Harvard and Berkeley law schools.

The Center for the Study of Black Life and the Law will be the seventh center and institute at Mitchell Hamline, joining the Center for Law and Business; the Dispute Resolution Institute; Health Law Institute; Institute to Transform Child Protection; the Intellectual Property Institute; and the Native American Law and Sovereignty Institute.

“This will be an important part of Mitchell Hamline’s work as an antiracist law school,” said President and Dean Anthony Niedwiecki. “We want to be a place of scholarly and community engagement regarding the dignified treatment of Black and Black queer people under law.”

“The basics of legal education must include space to challenge anti-Black structures that the Constitution and, consequently, lawyers protect,” said third-year student Deanie Hatch, who enrolled last year in Wilson’s course on race, sexuality, and the law. “No legal discipline or niche is immune to weaponizing the law to harm Black bodies, which is why this center is so necessary.”

Niedwiecki encouraged people to participate in the two online events in the coming weeks. “These are exactly the kinds of conversations we need to be having in a society where the law disproportionately punishes Black lives, and we’re thrilled to have Dr. Wilson leading the law school in exploring these issues.”