It would be hard to find a family with deeper connections to Mitchell Hamline and its predecessor institutions than the Klases.

But the Klas family is distinctive not just for its connection to the school but its generosity.

Dan, Mary Louise, Barbara, and Bob Jr. have created the Klas Family Scholarship to give a new generation of students at Mitchell Hamline the opportunity to enter the legal field.

“I hope it cuts down on the debt that students have and that it encourages other scholarships,” said Mary Louise Klas. 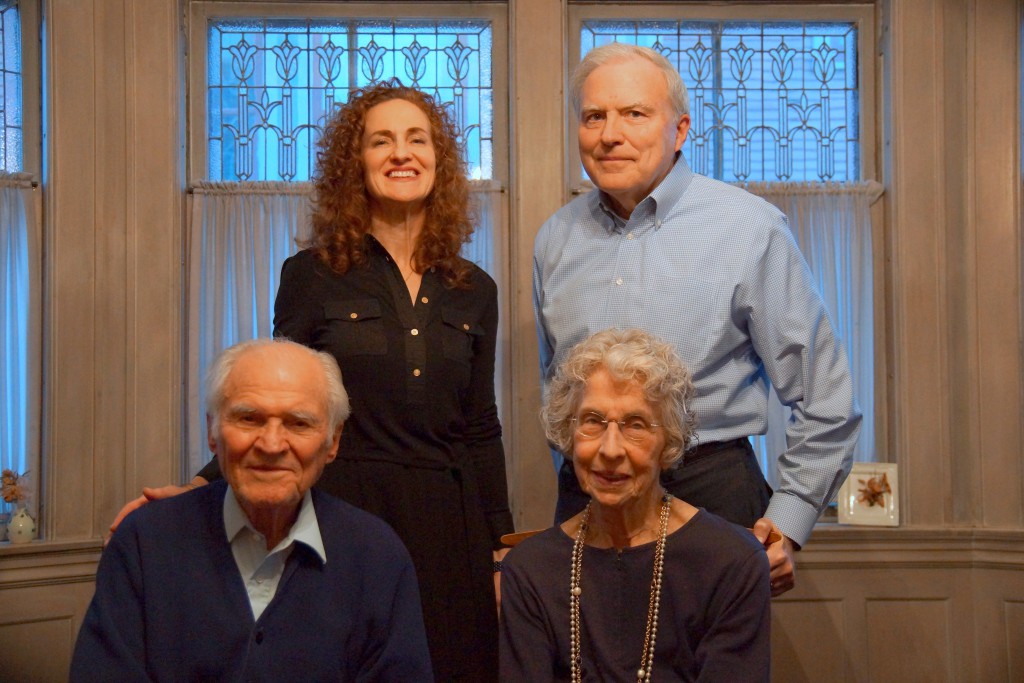 Mary Louise met Dan during their first year of night classes at St. Paul College of Law in 1956, the year the school combined with the Minneapolis-Minnesota College of Law to become William Mitchell.

Dan was a small-town boy who grew up in Wabasha, Minn., and earned his undergraduate degree at Hamline University. He was introduced to Mary Louise, a St. Kate’s grad, by a mutual acquaintance.

“She’s a nice woman from DFL politics,” Dan recalls the friend saying. “So you ought to get to know her, she’s a really great person.”

Once they got to know each other, Mary Louise invited Dan to play bridge. In turn, he asked her out to a movie. They were married four months later.

After graduating from William Mitchell in 1960, they ran a joint family law practice, all while raising five children.

Dan would later become an assistant attorney for the city of St. Paul.

In 1986, Mary Louise was appointed to the 2nd Judicial District bench in Ramsey County, the first woman to ever hold that position. As a judge, she took domestic violence cases seriously, and after her retirement in 2000, she continued to advocate for women who face domestic abuse.

Bob Klas Jr., CEO of St. Paul-based Tapemark, a company that manufactures transdermal drug delivery products, was unusually well-qualified to oversee the combination of Mitchell and Hamline Law. Not only is he a graduate of Mitchell and chair of the board of trustees at Hamline University, but he got his undergrad degree at Hamline as well.

He said the combination is a good fit for both schools and one that brings them together as equal partners.

“For me it was never the case of one institution or the other,” Klas said. “There had to be an agreement which would allow for the school to become financially strong.”

The strength of the combination goes beyond finances. Klas points out that Mitchell Hamline brings together more than 150 years of legal education experience.

The combined school will also be home to several nationally known centers and institutes, giving students even more real-world opportunities to learn the law.

Barbara Klas said she hopes the family’s new scholarship can help. For her, it’s a way to give back to the institution that launched her legal career. Ideally, she said, “it affords an opportunity for a student who wouldn’t otherwise be able to see herself as a lawyer to be able to go to law school.”