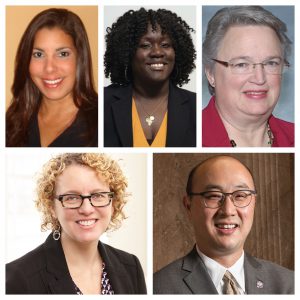 Five of the members are Mitchell Hamline alums:

The organization has helped free several people from prison, most recently Myon Burrell. Burrell was released after spending 18 years in prison and after an independent panel of experts from across the nation recommended his release. He maintained his innocence after being sentenced to life in prison for killing an 11-year old girl, Tyesha Edwards. The Executive Director of the Innocence Project, Sara Jones, is a former gift planning officer and current adjunct faculty member at Mitchell Hamline.

“No justice system can be successful without the trust of the public,” said Attorney General Ellison, in a statement announcing the new panel. “By collaborating with community activists, national criminal-justice experts, and prosecutors, we are striving for a more perfect system.”

The Conviction Review Unit Advisory Board has met for the first time. MN is just the fourth Statewide CRU in the nation.

I am looking forward to working with the board members to fulfill the mission of the CRU and thank them for their pursuit of justice.https://t.co/8XK9KkdoL7 pic.twitter.com/qHd86RbBjw