‘I want to help them self-determine’ 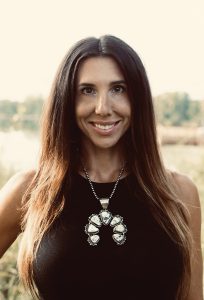 “‘You would be a great lawyer,’” she recalls him saying. “‘Wouldn’t it be cool if you went there?’”

Those hints ultimately paid off when Stomski Seim enrolled at William Mitchell. Since December 2015, she has served as general counsel for the Prairie Island Indian Community, overseeing government and commercial legal matters including those related to the tribe’s Treasure Island Resort & Casino. Like her late father, Terry, Stomski Seim is a member of the Muscogee (Creek) Nation of Oklahoma.

Before law school, Stomski Seim, an all-state prep athlete who grew up in the east metro, ranked among the top basketball players in University of Wisconsin history. Stomski Seim, inducted in September into the university’s Athletic Hall of Fame, was drafted into the WNBA and completed pro seasons in Europe.

Stomski Seim practiced at what was then Briggs and Morgan before moving to Hogen Adams, a boutique Indian law firm. At Prairie Island, Stomski Seim eyes a “trifecta of threats” the Mdewakanton band faces on its reservation along the Mississippi River near Red Wing: flooding from a nearby lock and dam, trains blocking access on and off the island, and Xcel Energy’s looming nuclear plant and radioactive waste.

“I want to help them self-determine, govern, and flourish,” said Stomski Seim, who lives in Stillwater with her husband and two daughters.

Governmental relations are Stomski Seim’s passion. Prairie Island is seeking congressional approval to add 1,200 ancestral acres the tribe bought near Pine Island to the reservation for future housing. State lawmakers this year approved the tribe’s request for $46 million from an Xcel-financed fund to develop Prairie Island’s “net-zero” clean energy project. Tribal police now enforce state criminal law on tribal land without the county agreement that was mandated under state statute prior to a bill Stomski Seim urged passage of last year in the Minnesota Legislature.

While interviewing at Prairie Island, Stomski Seim said, she conceded that she probably had less experience than other candidates. But she told tribal council members that no one would work harder for them. The call offering her the general counsel job came before she had driven off the reservation.

Stomski Seim was in her third year at William Mitchell when her father, a charismatic, larger-than-life figure, passed away. She and her brother had moved home to take care of him after he had surgery to remove a brain tumor.

“There’s a lot of law school I don’t remember because my focus was caring for my father,” Stomski Seim said. “But I felt like I had all the support in the world there, with professors, with administration, with fellow students. It was a special experience in addition to it being a great place.”

This article was written by Todd Nelson, a freelance journalist in the Twin Cities, and appeared in Mitchell Hamline’s Winter 2020 Magazine.