Commitment to the interests of clients is not only about zealous advocacy on their behalf. Sometimes the best advocacy is not fighting at all. Successful lawyers of the 21st century will be leaders in creative dispute resolution.”

Professor James Coben is a senior fellow in Mitchell Hamline’s Dispute Resolution Institute, which he directed from 2000-2009. He teaches civil dispute resolution (civil procedure), advocacy, mediation, negotiation, and a variety of alternative dispute resolution (ADR) courses, including psychology and the law. He was the founding director of Hamline Law’s Master in the Study of Law (MSL) program and also pioneered a variety of innovative ADR clinical opportunities for law students, including mediation advocacy on behalf of clients in family law and employment cases.

Professor Coben is the founding editor of DRI Press and coordinated the 5-year Rethinking Negotiation Teaching Project, a joint effort of the law school, the JAMS Foundation, ADR Center Foundation (Rome), and Convenor Conflict Management to critically examine what is taught in negotiation and how we teach it, with special emphasis on how best to “translate” teaching methodology to succeed with diverse, global audiences. The project opened with an international conference in Rome, Italy in May 2008, moved on to Istanbul, Turkey in October 2009 and closed with a conference in Beijing, China in May 2011, with each conference followed by publishing of conference scholarship in a book and companion journal special issue. From 2003-2007, Professor Coben served as project director for a European Union/U.S. Department of Education funded project to develop transnational ADR curriculum and promote transatlantic student mobility. During his tenure as DRI director, he created three ADR foreign programs–an international commercial arbitration program in London, an international business transactions negotiation program in Rome, and a program in democratic dialogue and mediation in Budapest.

Professor Coben has made over 150 presentations on ADR topics at conferences and continuing education events in the U.S. and abroad. As a consultant and trainer, he works with state and local government boards and agencies to improve the quality of public deliberation and decision-making. As a facilitator, he plans and conducts strategic planning and helps private and public organizations to build and maintain a culture of collaboration. He is a former member of the editorial board and writes a biannual Research Insights column for Dispute Resolution Magazine, the flagship publication of the American Bar Association Section of Dispute Resolution. Between 1999 and 2005, Professor Coben was a member of the Minnesota Supreme Court’s ADR Review Board, charged with regulating the performance of court‑appointed neutrals. He also is a past chair of the ADR Section of the Association of American Law Schools (“AALS”), and has twice co-chaired the annual Legal Educator’s Colloquium sponsored by AALS and the American Bar Association (ABA) Dispute Resolution Section. He also served as chair of the section’s Lawyer as Problem-Solver Committee and as a member of the section’s Ethics Committee. Prior to joining Hamline Law faculty, Professor Coben served as law clerk to U.S. District Court Judge Robert Renner, Jr. in Saint Paul. 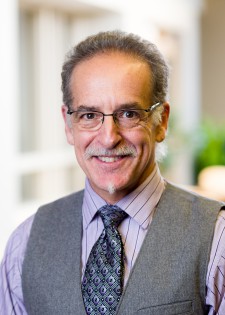