Professor Levine’s academic interests focus on the First Amendment rights of freedom of speech and press. Her passion for First Amendment rights stems from her pre-law school experience as a news editor and producer for CNN Headline News. After graduating with honors from Stanford Law School and clerking for the Ninth Circuit, she spent the first years of her legal career as a litigator specializing in speech and press issues, serving as an attorney for the Southern California ACLU and other public interest-oriented law firms. Her practice also involved significant litigation in Election Law, and her interest in that field, particularly in electoral speech issues, has heightened since she entered the legal academy. In addition to teaching, writing, and submitting amicus curiae briefs on First Amendment and Election Law topics on behalf of high-profile public interest organizations, she frequently serves as an expert on those issues for both local and national news media.

To me, successful attorneys are those who enjoy using their intelligence, experience, and expertise to help craft and refine the rules that govern our community. My goal, then, is to help law students begin to understand what those rules were, are, and should be, and to introduce them to some of the many satisfying ways in which they, as lawyers, can contribute to that evolutionary process.”

Member, American Civil Liberties Union of Minnesota Board of Directors, 2005-. 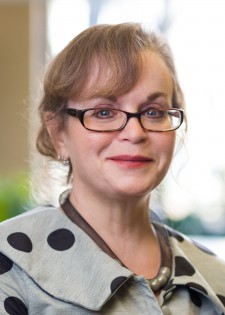