In 2019, The Minnesota Legislature Must Strengthen Protections for Seniors and Vulnerable Adults 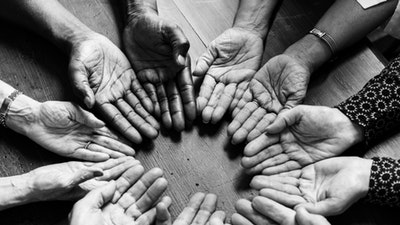 Over a year ago, the Minneapolis Star Tribune published a high-profile series of articles highlighting pervasive abuse, neglect, assault, theft, and other reprehensible actions taking place in Minnesota senior care facilities.[i] Prior to this, I had heard accounts from constituents of this taking place, with few options for recourse.

It’s bad enough that terrible behavior is allowed to occur, and is made even worse with little clarity regarding the rights of family members and little accountability for bad actors. People deserve to know that care facilities will be a safe and supportive setting for their parents and grandparents. Minnesotans depended on urgent action from the Legislature as well as the state Department of Health to make big changes to deliver greater safety, dignity, and peace of mind to Minnesota seniors and their loved ones.

Quickly after release of those articles, Governor Mark Dayton pulled together a work group led by the AARP with participation from other consumer-focused senior organizations to gather input from Minnesotans and make a series of recommendations in key areas.[ii] These included: regulatory, licensing, compliance, and enforcement requirements; the statutory definitions of memory care, assisted living, and housing with services; mechanisms to report suspected abuse and neglect, including the Minnesota Vulnerable Adults Reporting Center and the Ombudsman for Long-Term Care; communication with family members when there is alleged abuse; and reporting to law enforcement about potential abuse.[iii] The nonpartisan Office of the Legislative Auditor also conducted a performance review of the state Office of Health Facility Complaints (OHFC) within the Minnesota Department of Health, the office responsible for investigating maltreatment allegations, and made recommendations.[iv] One cause cited was the relatively recent creation of a statewide hotline to report misconduct in eldercare facilities.[v] While this was a good step, it caused state regulators to become overwhelmed with complaints.[vi]

Prior to the start of the legislative session last March, the AARP work group released its recommendations, and shortly thereafter the Governor put together a comprehensive package of legislation to address the findings.[vii] I had the honor of being the House chief author of this bill, HF 3468, with broad bipartisan co-authorship.[viii] Most significantly, the legislation called for stronger licensing requirements for assisted living settings.[ix] Currently, only home care services provided in assistant living settings are required to be licensed. Our bill would have strengthened licensing for or all assisted living and dementia care settings to both improve management practices and ensure better outcomes for seniors.[x]

Other recommended changes included improving complaint filing processes and communication with families (including clarification regarding the right of family members to place cameras in care settings), supporting local efforts to investigate abuse, and better empowering family members to act as advocates for their loved ones.[xi] The bill would also allow for both a civil cause of action for older and vulnerable adults and strengthen criminal penalties, allowing perpetrators of assault to be prosecuted with a gross misdemeanor.[xii] Governor Dayton also sought an appropriation of $14.9 million to add staff to the OHFC to more quickly and thoroughly investigate complaints.[xiii]

Unfortunately, the session concluded with a lack of meaningful action to address the issue of eldercare at all. As a member of the House Subcommittee on Aging and Long Term Care, this was a particular disappointment as much hard work had been put into crafting bipartisan solutions. Further, it appeared the previous House majority insisted on moving any substantive legislation as part of one massive omnibus bill. This was a regrettable step, and it played a big role in many good, consensus ideas being left behind.

Turning a new page toward a new year and a new legislature, there are several reasons I am hopeful that we can swiftly act on this issue when we convene in 2019. The most significant among these is the benefit of time we have had since the last session and the productive conversations that this has allowed. With just over three months to work last session, some lawmakers were hesitant to make such a heavy lift too quickly, including the creation of an entirely new licensing framework. In the meantime, we have had some tremendously productive conversations among affected stakeholders with direction from Minnesota Department of Health Commissioner Jan Malcolm.

Also under her leadership, we have seen the Department truly give this issue the attention it deserves. The complaint backlog within the Office of Health Facility Complaints, which at one time had exceeded 3,000, was largely eliminated. They have modernized systems and added some highly-trained staff to deal with these complaints. Challenges remain, but with a commitment from the Legislature, much more progress can be made.

As disappointing as last the lack of action from last session was, it provided us some good opportunities to reflect on some of the obstacles we faced and develop strategies about how to best overcome them. I am confident that this session, we will be able to collaborate in a productive way to advance real reforms that allow our seniors to live with the dignity and safety they deserve.

Rep. Liz Olson, a DFLer from Duluth, is the incoming House Majority Whip for the 2019 legislative session. In 2017-2018 she served on the House Subcommittee on Aging and Long Term Care.

Previous Post:
Who Pays to Fight Opioid Use Disorders?
Next Post:
Some History Behind the “Tax vs. Fee” Issue in Phone Recovery Services