Some History Behind the “Tax vs. Fee” Issue in Phone Recovery Services 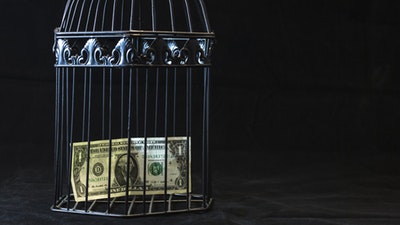 The Minnesota Supreme Court, in Phone Recovery Services v. Qwest Corporation, 919 N.W.2d 315 (2018), held that fees and surcharges imposed by statute for 911 services,[i] the Telecommunications Access Minnesota (TAM) program,[ii] and the Telephone Assistance Plan (TAP) program,[iii] were “portions of Minnesota Statutes relating to taxation,” within the meaning of the “tax bar” of the Minnesota False Claims Act (the “MFCA”).[iv]

What that means is that a qui tam plaintiff (a so-called “private attorney general”) cannot sue a telephone company for failing to collect the fees that the plaintiff alleges were owed but not paid.  Enforcement is delegated to the appropriate state agency, in this case the Department of Public Safety.  The policy behind Minnesota’s tax bar (which is similar to the tax bar in the federal false claims act[v]) is that the enforcement of taxes should be left to agencies with the expertise to apply the law.  The tax bar recognizes that taxpayers should not have to defend lawsuits brought by private litigants to collect the greatest amount of personal compensation possible,[vi] with little regard for the interest of the State in resolving a tax dispute.

The 911, TAM and TAP fees are required to be paid by telephone customers (as part of their bills) to offset the government’s cost for providing certain specialized telecommunication services.  Payment is required even though the customer may never use the relevant services.  In addition, the services in question are available regardless of whether the person using the service paid the fee.  For example, if a nonresident visiting Minnesota calls 911 on a wireless phone, he will receive 911 services even though he never paid a 911 fee.  Although these are called “fees,” they certainly look like “taxes” in that they are mandatory impositions that fund governmental services that are generally available to the public.

The court applied the following rule of construction in Minnesota law:

(b) For purposes of applying the laws of this state, a “fee,” “charge,” or other similar term that satisfies the functional requirements of paragraph (a) must be treated as a tax for all purposes, regardless of whether the statute or law names or describes it as a tax . . . .

The Court’s conclusion was clearly correct.  Some historical background reinforces this conclusion.  The legislature enacted Subdivision 19 in 2006.  It was part of a bill that was presented to Governor Pawlenty on May 22, 2006 which was signed by him on June 1, 2006.[vii]  The enactment of Subdivision 19 was almost certainly a reaction to arguments made in a highly publicized “tax vs. fee” case.[viii]

In the Phillip Morris case, cigarette and other tobacco product manufacturers challenged a Health Impact Fee imposed by Minn. Stat. § 256.9658 (2005).[ix]  The cigarette manufacturers had entered into a 1998 settlement agreement of a suit brought by the State against them and they claimed that the Health Impact Fee violated the release in that agreement and that it was unconstitutional.[x] The manufacturers conceded that the release did not prevent the State from raising cigarette taxes, but they argued that the State could not impose fees on cigarette smokers, and the district court agreed.[xi]  The Pawlenty administration was strongly opposed to raising taxes, but it supported the imposition of the Health Impact Fee, which looked like a tax, so long as it was labelled a fee.

The cigarette manufacturers lost on appeal before the Minnesota Supreme Court.  The Supreme Court was able to avoid deciding the “tax vs. fee” issue, ruling for the State.  The legislature, however, wanted to avoid any future ambiguity resulting from the use of a label (such as fee, charge, exaction, or assessment) to disguise what was in reality a tax.  Thus, it enacted Minn. Stat. § 645.44, subd. 19, to say that any such term “must be treated as a tax for all purposes” in applying Minnesota Statutes.[xii]

An exception exists for fees that a person chooses voluntarily to pay in return for receipt of goods or services provided by the governmental entity.  For example, a fee to camp at a state park is really a fee and is not a tax.  However, the 911, TAM, and TAP fees do not fall within that exception, as the Supreme Court properly held.

[v]      The federal false claims act “does not apply to claims, records, or statements made under the Internal Revenue Code.”  31 USC § 3729(d).  Federal law has a separate “whistleblower” statute.  I.R.C. § 7623.  It is possible for a whistleblower to receive a recovery for providing information about tax evasion but the information must be provided to the IRS, which itself undertakes (or declines to undertake) the normal IRS audit, assessment, and other administrative procedures.

Previous Post:
In 2019, The Minnesota Legislature Must Strengthen Protections for Seniors and Vulnerable Adults
Next Post:
Legislative Efforts to Silence Dissent: The Rise and Fall of Minnesota’s Anti-Protest Bill