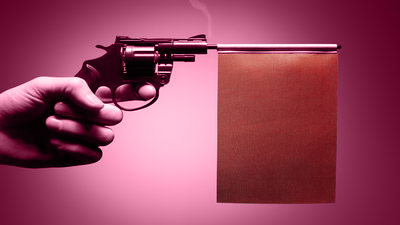 Our students experience lockdown drills several times a year at school, a place where students should feel compassion and support instead of trauma and fear. Recent research has also called into question the effectiveness of school hardening. Places of worship – which should be among the most welcoming atmospheres in our communities – have worked to “harden their targets” by hiring new security personnel and installing expensive security systems.

For Americans, the status quo for gun laws is no longer working, and they have been right to demand solutions from their elected officials. A comprehensive background check system can be effective in determining whether an individual is eligible to purchase a firearm. Efforts to expand background check requirements to all gun sales has been the cornerstone of gun violence prevention efforts, but other legislation can also save lives.

Before someone commits a violent action with a gun, warning signs are often displayed. When taken seriously, steps can be taken to address the threat and potentially save lives. Extreme risk protection orders, commonly referred to as “red flag” laws, enable a court to temporarily remove guns from someone who may be a danger to themselves or others. Numerous states and the District of Columbia have enacted measures providing for these court orders.

While mass shooting events often drive much of the media narrative surrounding the danger posed by firearms in the wrong hands, domestic violence and suicides carry tragic results without gaining news headlines. In Suicide in Minnesota, 1999-2017 Data Brief, the Minnesota Department of Health indicated that 3,618 Minnesotans took their own lives in the five-year period from 2013-2017. In 2017, nearly half of all suicides were by firearm, the most common mechanism. Everytown for Gun Safety’s Report, Guns and Violence Against Women, indicates that women in the United Sates are “21 times more likely than women in peer nations,” to be murdered with a gun.

Despite the deaths caused by our gun violence epidemic and the resulting increased public outcry, elected leaders have been hesitant to address this problem in Minnesota and elsewhere. This year, the Minnesota House of Representatives finally said “enough,” enacting overdue legislation expanding background checks and a red flag law.[1] Unfortunately, despite the continued advocacy of regular Minnesotans, the Republican-led Minnesota Senate refused to even hold a committee hearing on either measure.

Opponents to the red flag law, often question the constitutionality of the measure.  In the Heller decision, Justice Scalia recognized that “like most rights, the right secured by the Second Amendment is not unlimited.” There are enough safeguards within the bill, coupled with the treatment of similar legislation by courts in other states, which make me confident a red flag law in Minnesota would withstand scrutiny by the courts.

Those opposed to the bill errantly claim due process is absent within the red flag framework. In fact, there are several steps a petitioner must make when requesting an extreme risk protection order. A petitioner (limited to law enforcement or a prosecutor) must not only document how the subject might pose a significant danger of bodily harm to themselves or someone else, but must make the case that such a danger is “immediate and present.” A respondent has the right to a hearing in front of a judge, who is ultimately responsible for ruling on the petition, within 14 days of the petition. The petitioner must prove by a preponderance of the evidence that the respondent poses a significant danger to themselves or others, and the court must consider a number of factors that are enumerated in the statute. This is a fair process that resembles the state’s existing, constitutional process for obtaining orders for protection. Courts throughout the country have upheld the constitutionality of red flag laws that have been passed in other states.

Red flag laws are reasonable, constitutional, and designed to save lives. It’s time for Minnesota to join other states and take this action in addressing our gun violence epidemic.

Previous Post:
Are Red Flag Laws Right for Minnesota?
Next Post:
Does a Law No One Knows About Have Any Effect?