Does a Law No One Knows About Have Any Effect?

If a tree falls in the forest but no one hears it, does it make a noise? If a law is passed but no one is educated to implement it, does it have any effect?. 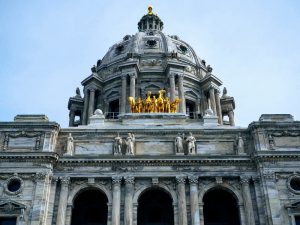 Mindy Greiling was a member of the Minnesota House of Representatives for twenty years. Her new book, “Fix What You Can: Schizophrenia and a Lawmaker’s Fight for Her Son,” was released this month.

The hardest I ever worked to get a law passed during my twenty years in the Minnesota Legislature was a mental health policy bill reforming the civil commitment statutes. The new law made it a bit easier to get care—through civil courts—for people with serious mental illness whose brains didn’t allow them to realize they were ill. To my disappointment, it wasn’t always implemented consistently.

I had been inspired to propose the civil commitment reforms when the topic became real life for our family. Our son Jim had a serious psychotic episode during college. He became hostile and disconnected from reality, believing we parents were imposters. I was the devil. When he wreaked havoc damaging our home, I called the police. The officer said there was nothing he could do since Jim had damaged property but not another person or himself. And he wasn’t sick enough. When I decided to reform the law, I soon found that this problem affected many other families as well.

It took two years to organize a large coalition and get enough legislators on board. Civil liberties groups opposed our proposal. They believed involuntary care took away rights, and some people had been understandably traumatized by the experience. However, families like ours—ultimately including Jim—believed it was worth it to be able to get the person health care. Care that might save her or him from becoming homeless or being in the criminal justice system.

The new law removed the word “imminent” before “danger to self or others” and added a significant property damage criteria as a reason for commitment. It was a step in the right direction. It quickly became apparent, however, that the law was not being used as we had hoped, partly because there was some confusing language. Nonetheless, few wanted to touch the divisive issue again until recently.

I’m happy to report that this year’s Legislature passed a much better civil commitment law. It was written by a large group of stakeholders led by the National Alliance on Mental Illness (NAMI) Minnesota. Not all of the groups that had opposed our earlier bill supported this bill, but they remained silent. They had been part of the stakeholder’s group, and also there is more awareness now than there was twenty years earlier that serious mental illness is treatable, especially if started early. There is more understanding that many people with mental illnesses who are not helped reside in our jails and prisons, places where they have few rights. This year’s law went into effect Aug. 1.

Minnesota’s grade for its civil commitment laws went from C+ to an A+, according the Treatment Advocacy Center (TAC). This is the highest grade they gave in all fifty states. This national organization works for better access to care for people with serious mental illness. TAC says that while they are extremely hopeful that this year’s changes could lead to better outcomes for Minnesotans, a lot will depend on whether they are used and used properly.

Since Minnesota failed to consistently implement the civil commitment laws at its disposal in the past, I have considered what kinds of actions might help prevent this from happening again. I am encouraged that the new language is clearer, leaving less room to do nothing.

What I am most excited about is a new provision called engagement services. Families and others can contact their county’s pre-petition screening office and ask for help if their loved one is spiraling down. Assertive attempts by mental health professionals could then be made to engage the individual in treatment. Services end if the person meets the criteria for civil commitment or agrees to voluntary treatment.

The big hitch is that providing engagement services is voluntary for counties. A large fiscal note caused advocates to have to concede to this fallback language in order to pass the bill.

Hence, supportive groups—especially NAMI, the only organization with local chapters—and individuals must plead with counties to fund engagement services that could be a game changer. Families and friends know that in order to obtain help for people with serious mental illness who are in crisis, civil commitment is sometimes needed. It would be even better to have earlier engagement services, heading off the need for going to court, and patients would not be traumatized.

Clearly advocacy must include staff training on the new statutes so they are properly and fully implemented. Let’s not let that tree fall in the forest without people hearing it.

Previous Post:
Do Red Flag Laws Strike a Balance Between Second Amendment Rights and Countering Domestic Terrorism?
Next Post:
Minnesota Should Lead The U.S.’s Unfinished Journey From Slavery To Granting All U.S. Citizens The Right To Vote