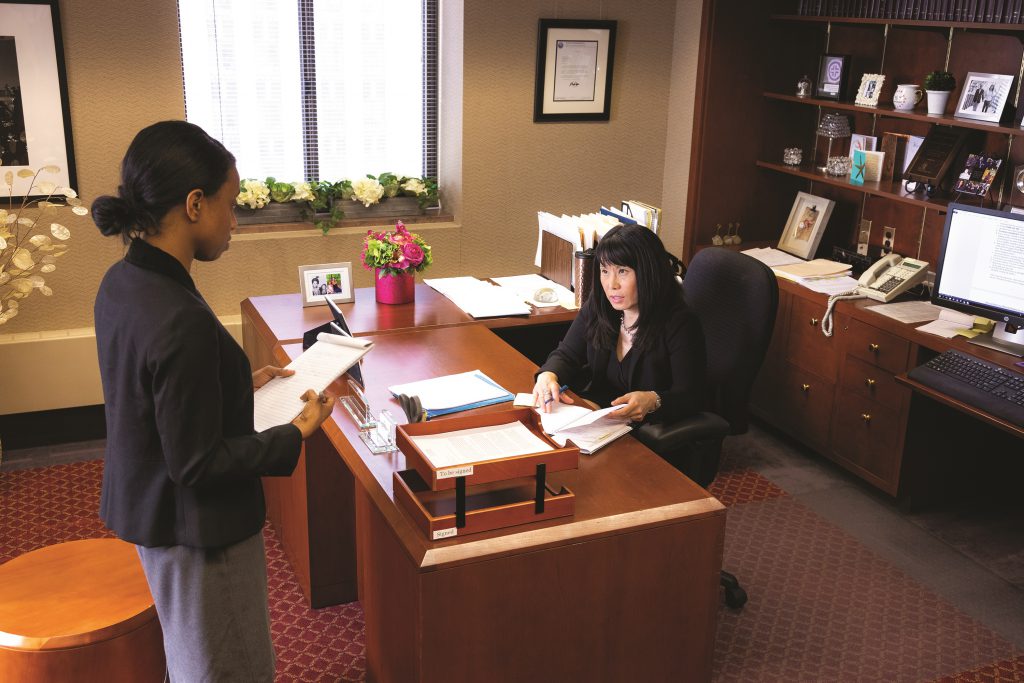 District Judge Sophia Vuelo ’98 (HUSL) is one of 29 judges in the 2nd Judicial District of Minnesota, which serves Ramsey County. Her foremost responsibility, she said, is the pursuit of justice.

Putting on a judge’s black robe means setting aside one’s personal history and views because of the “high expectation that you’re above all of that,” Vuelo said.

In Vuelo’s case, however, her history involves an extraordinary journey from fleeing war-torn Laos as a child to resettling in Eau Claire, Wis., and, after earning her law degree at Hamline University School of Law, practicing law for nearly two decades.

That was before Vuelo made headlines on November 30, 2017, when she was appointed as the first Minnesota judge of Hmong descent and only the third Hmong-American to serve as a judge in the United States.

“I happen to have had that life experience, but at the core of me is a jurist whose role is to serve the people who live in this community, here in Ramsey County, and to ensure that we are doing nothing short of dispensing justice,” Vuelo said.

It is not lost on Vuelo what her judicial appointment means to others, that a particular milestone has been reached. The significance to the community, however, didn’t strike her until she saw the response at her investiture ceremony.

“It was only in other people telling me what it meant to them that I’ve been able to soak all that in,” Vuelo said. “People look at me and it gives them a sense of hope that we all have a place at the table where justice is dispensed.”

Vuelo believes it was important to have extensive legal experience before applying for a judgeship. As an attorney, she was in courtrooms regularly and focused on three areas of the law — criminal, family, and juvenile protection. She has worked in the Ramsey County Attorney’s Office, Ramsey County Public Defender’s Office, and managed a solo practice.

Vuelo began thinking about law school as a sophomore at the University of Minnesota, where she earned a bachelor’s degree in history and women’s studies. She chose Hamline Law because she wanted to attend a school with an emphasis on public law.

“I was raised in a household that emphasized giving back to one’s community, so that has shaped me to serve our community,” Vuelo said.

On the bench, Vuelo tries to be empathetic and efficient. “My judicial philosophy is to be compassionate, competent, and community centered,” Vuelo said. She has a parting message for some who appear before her: “I tell them I hope they do well so I never have to see them in the courtroom again. I care about the people in our community yet hold individuals accountable where necessary.”

Vuelo typically spends five days a week in court and does research and writes orders on nights and weekends. “It’s a lot of hard work,” Vuelo said. “But it’s a job that I love.”

Todd Nelson is a freelance journalist in the Twin Cities.