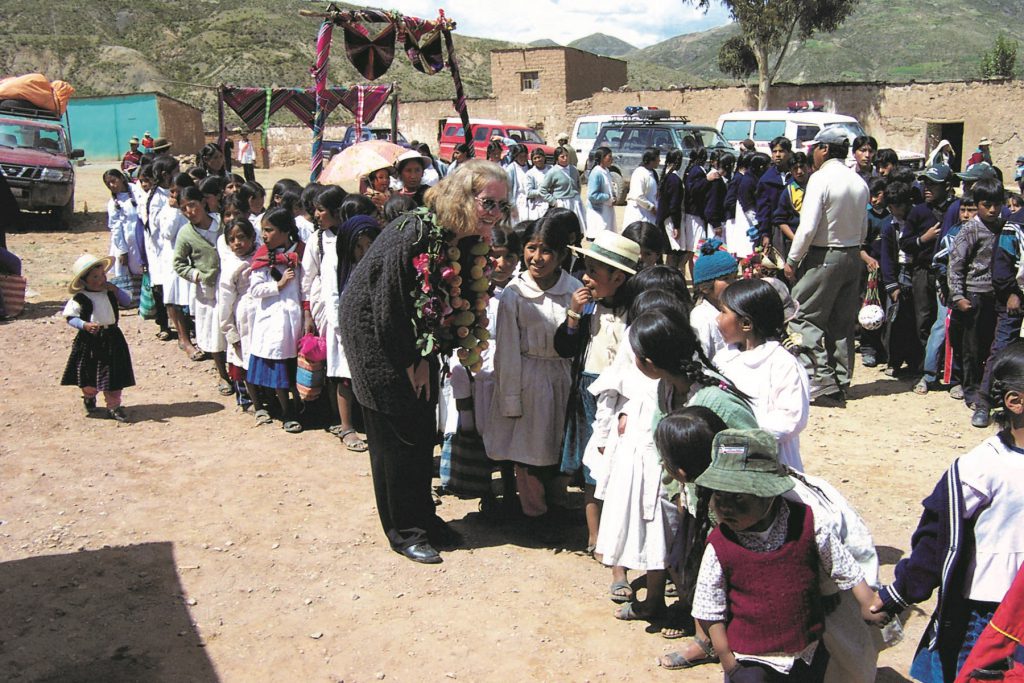 In 1994, Christine Ver Ploeg heard from a church acquaintance that a new humanitarian organization working in Bolivia was looking for a lawyer to serve on its board.

“I had four kids still at home and was juggling a career,” recalls Ver Ploeg, a professor at William Mitchell College of Law from 1977-2013 whose teaching focused on dispute resolution, torts, and labor law. “But I was on sabbatical and had been feeling I wanted to give back, so I said, ‘How about me?’ I knew nothing about Bolivia. I just knew there was great need and I was ready.”

Twenty-four years later, Ver Ploeg still serves on the board of Mano a Mano International Partners, and the St. Paul-based nonprofit continues to improve the lives of thousands of people in South America’s poorest country.

“We never dreamed we’d have done so much by this point,” said Ver Ploeg. “But we are a nimble organization and our volunteers are totally dedicated.”

Mano a Mano still fulfills its original mission, shipping donated medical supplies from Minnesota to Bolivia, most of which would otherwise end up in landfills. It also supports rural infrastructure projects through partner organizations that employ Bolivians. They’ve built more than 160 clinics, leveled hundreds of miles of road, and constructed dozens of school buildings and, more recently, reservoirs to water crops and improve yields. Some work is done by heavy machinery, the rest by hand.

“We’re talking about people using pickaxes and shovels to build a road or hauling boulders to build a reservoir,” said Ver Ploeg, who has visited the country four times. “It’s hard work, and the community becomes invested.”

“Chris has been an integral part of everything since the beginning,” said Joan Velasquez, a former Peace Corps volunteer who founded the nonprofit with her Bolivian-born husband, Segundo.

Since retiring, Ver Ploeg hears the occasional labor arbitration case, travels with her husband, and spends time with grandchildren. And, she’s giving even more time to Mano a Mano.

“I have been so grateful to be part of something that counts for so much,” said Ver Ploeg.

Maja Beckstrom is a writer and journalist in St. Paul.