First anniversary of George Floyd’s death: Is this the turning point? 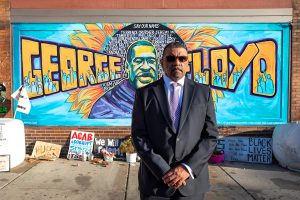 But unlike the snow globe which settles down after a few minutes, our world has faced wave upon wave associated with a global pandemic, coupled with the economic fallout from the shutdown of many businesses. That shutdown, meant to contain the pandemic’s spread, also led to unprecedented uncertainty about what the future would hold.

There has been a widening of political polarization, often fueled by those who promote “alternative facts” that, when regularly repeated, culminated in a literal insurrection of the US Capitol.

We’ve seen unprecedented environmental upheaval in the form of hurricanes, floods, and wildfires. It’s not too much of an exaggeration to say that much of the world has been on fire.

Amidst all of this, the murder of George Floyd and other Black men and women across the country which served as the spark that ignited the long-ignored powder keg of racial Injustice in the Twin Cities, the United States, and around the world.

One could choose to see this as the beginning of a long slide into the darkest days of our Democracy for ourselves and our children. Indeed, only listening to the daily news is a sure way to be lured into this thinking. Rather than being lured into the darkness, I choose to see this as an opportunity to begin anew and see our world in a whole new light. A turning point, if you will, for creating a future much greater than the past we have an opportunity to leave behind. The good news is, I’m not alone.

Since the murder of George Floyd, several incredibly good things have happened. First is the huge sigh of relief many in the Twin Cities and around the world felt when the jury returned verdicts of guilty on all counts in the trial of Derek Chauvin. Since that verdict, Judge Peter Cahill also found Chauvin abused a position of trust and authority and treated Mr. Floyd with particular cruelty. He also found the crimes were committed as a group with the active participation of at least three other persons, and that it happened in the presence of children. This is relevant because each of these constitutes a basis upon which the court may enhance the sentence the court ultimately imposes.

Second, the U.S. Department of Justice launched a sweeping investigation into the City of Minneapolis and the Minneapolis Police Department. Attorney General Merrick Garland said the investigation will “assess whether the Minneapolis Police Department engages in a pattern or practice of using excessive force, including during protests.” Garland added “[b]uilding trust between community and law enforcement will take time and effort by all of us, but we undertake this task with determination and urgency, knowing that change cannot wait.”

Principal Deputy Assistant Attorney General Pamela S. Karlan noted that “[o]ne of the Civil Rights Division’s highest priorities is to ensure that every person in this country benefits from public safety systems that are lawful, responsive, transparent, and non-discriminatory.” She added: “It is essential that police departments across the country use their law enforcement authority, including the use of force, in a manner that respects civil rights and the sanctity of human life.” Minneapolis Mayor Jacob Frey, MPD Chief Medaria Arradondo, City Attorney Jim Rowader, City Coordinator Mark Ruff and City Council President Lisa Bender have all committed to cooperating with and supporting the investigation.

While some may view this investigation as an attack on the police, I do not. I see it as a great opportunity to get past the finger-pointing and finally address many issues that have been present inside MPD for decades. 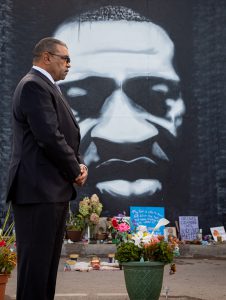 For example, in addition to multiple killings of Black men, MPD officers for years have been involved in other nefarious activities, as demonstrated in a 36-page report that came from an investigation relating to the scandal-ridden Gang Strike Force. That report, from 2009, found that MPD officers engaged in a host of illegal activities including, but not limited to, taking home recreational equipment that did not belong to them – everything from Jet Skis and ice augers to computers, jewelry, and tools.

All these items were seized from suspects, but few resulted in charges or even investigations – meaning there’d be little need to keep the items as evidence. One officer took home a large screen television as a gift for his child. Other seized property simply vanished from the MPD property room.

Another officer resigned amidst allegations that he used strike force equipment to stalk a former girlfriend with whom he allegedly fathered a child. As a result of all these misdeeds, taxpayers paid $840,000 to Strike Force victims — on top of the tens of millions of dollars paid out to shooting victims.

These examples don’t mean every MPD officer is a “bad cop.” I personally know several MPD officers who are great people and great police officers. The long history of problems within the MPD does, however, speak to the prior leadership and culture of the organization that for years has allowed this type of conduct to exist.

Ideally, this federal investigation will help ferret out problem officers and provide solutions to improve the culture and leadership. Acting U.S. Attorney for the District of Minnesota W. Anders Folk says “[t]his investigation… provides a vital step to restore and build trust in the Minneapolis Police Department and its officers.”

Third, all four officers involved in the murder of Mr. Floyd have now also face federal charges on top of state charges. These indictments provide yet another leverage point to break down the blue wall of silence and get to the truth. Getting to the truth might mean other officers face disciplinary matters or criminal charges.

But if this moment is going to be a turning point and even a model for police reform nationwide, the finger pointing must stop once and for all. Every stakeholder impacted by the MPD must come together to find common ground and solutions that work for the good of the whole rather than drawing lines in the sand and holding out for only what is good for individual stakeholders. This means getting creative and reaching sound compromises where each interested party walks away not thrilled because they “won,” but instead saying these are solutions they can live with. It also means finding solutions the community gets most of what it needs.

Some respond to this type of ideology by saying that the only way to make something like this happen is by having tradeoffs or giving up the interests of one party to make room for the interests of other parties. It’s a “yes and” strategy, rather than a “yes but” strategy. You can see proof of this throughout the business world where many of the most successful organizations on the planet have shifted their focus from the primary purpose of being business being creating shareholder wealth to the primary purpose of business being serving a higher purpose. Using this model, the wellbeing of all stakeholders is considered, organizations perform better, and so do all stakeholders as they work in harmony.

This is a reality that is truly possible to create when it comes to policing – one where good police officers live in harmony and trust with members of the communities they are sworn to serve and protect. One where officers receive the leadership, training, and support they need to do the often difficult jobs they are tasked with carrying out. A job where we give them the authority to use force – and under limited circumstances even deadly force – to protect themselves and the communities they serve. But with that authority comes a tremendous amount of responsibility and accountability.

We provide the members of our military forces that same type of authority and we hold them accountable to behave in compliance with the training they receive and the values they are sworn to uphold. I believe it is possible for all our police officers, like members of our armed forces, to behave in compliance with good training and strong values. When they do, we will take a quantum leap forward in stopping the killing of unarmed Black people and in the way policing is done in our communities and around the world. You might find this idea Pollyannish, but I don’t. You may say I’m a dreamer, John Lennon wrote, but I’m not the only one.