Mitchell Hamline students Amber Goodwin, Aretha Haynes, and Tiffany Phillips have been named Student Award of Merit recipients for 2021. Phillips and Haynes graduated in January; Goodwin will graduate in June.

The award, from the Mitchell Hamline Alumni Association, honors graduating students whose contributions and participation in organizations and other events go beyond the normal expectations for a student, along with a strong commitment to diversity, equity, and inclusion.

“These three students exemplify everything this award seeks to recognize,” said Dean of Students Lynn LeMoine. “Their tireless work both in and out of class has absolutely made Mitchell Hamline better.” 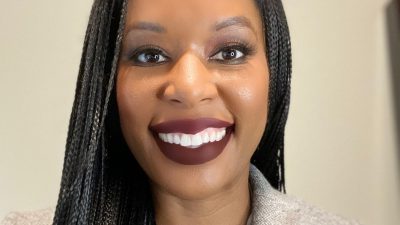 The three honorees all came to law school mid-career. Goodwin, who was rejected by nearly 20 law schools 20 years ago, came to Mitchell Hamline after a career in politics and policy. Phillips served in the United States Navy for a dozen years before pursuing higher education. And Haynes, a single parent, never gave up on the idea of law school during her years in sales and research.

Goodwin, who founded and led a gun violence prevention organization called Community Justice Action Fund, “is a role model for all our students,” according to one of the letters nominating her for the award. She served as Student Bar Association president this year, in addition to her advocacy work, which recently took her to the White House for a Biden administration event on gun violence. 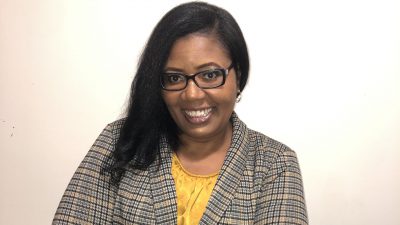 For Haynes, nomination letters universally praised the work she did as president of Mitchell Hamline’s Black Law Students Association (BLSA) this year to raise the group’s visibility and to change the school’s culture “to be more inclusive and welcoming to all students.” She also co-created SOS, a group of student organization leaders focused on promoting systemic change and eliminating systemic oppression, and helped organize several popular activities for students who were all learning remotely this past fall to “provide social connections for students of color in this very isolating time during the pandemic.” Haynes also served as a distinguished extern for Ramsey County Judge Sophia Vuelo ’98. 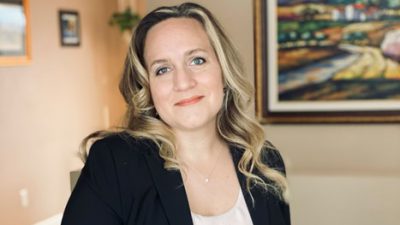 Phillips, who earned several commendation and achievement medals during her time in the Navy, was noted in nomination letters for leading a Legal Methods course last year. As a 3L, she guided a class of 1Ls through the program remotely. Phillips also served on the Mitchell Hamline Law Review and, as one student wrote, has academic prowess and “dedication to what is right. Her contributions to class were well-informed and grounded in a palpable passion for the law.”