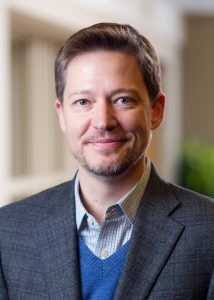 Mitchell Hamline is dedicated to protecting the rule of law and teaching that rule of law to future attorneys. We believe in educating our students to become attorneys who either defend or improve those laws. We stand with the Ukrainian people as they try to protect their sovereignty and the international rule of law. We also stand with our students affected by the conflict in Ukraine, including our military students who may be deployed because of the conflict.

To help our students and the public understand some of the legal ramifications of this week’s invasion of Ukraine by Russia, we asked Professor Henry Allen Blair to answer a few key questions about the situation. Professor Blair, an expert on international law, is the Robins Kaplan Professor of Litigation Skills and International Dispute Resolution, a John H. Faricy Professor of Empirical Legal Research, and a senior fellow in the Dispute Resolution Institute at Mitchell Hamline.

Note: Military students who might have concerns about how this could affect them can contact Dean of Students Lynn LeMoine to discuss a plan.

Blair: Almost certainly. Perhaps the most well accepted and clear-cut tenet of international law is that one country cannot use force against another country in that other country’s sovereign territory. There are exceptions of course, and [Russian President Vladimir] Putin tried to wedge the invasion into the two best of them in his February 24 speech: preemptive self-defense and the responsibility to prevent genocide. Almost zero evidence exists, however, supporting either concern.

MH: Putin has long spoken of Ukraine’s willingness to join NATO as a betrayal that might be fueling this invasion. But Ukraine is not a member, so why still invade?

Blair: NATO was founded in 1947 as an alliance against the threat of German or Soviet Union attacks in the wake of the Second World War. Its stated purpose is to guarantee the freedom and security of its members through political and, if necessary, military means. So, Russia sees NATO as expressly posing a threat.

While Ukraine is not yet a member, it has applied for membership. It is an “enhanced opportunity partner” because it has contributed to NATO-led initiatives. This status places Ukraine in the same position as other traditional allies of Europe and the United States, like Sweden and Australia. So, Ukraine, apparently, poses as much threat as these other traditional allies, in Putin’s eyes.

Blair: NATO will hold a summit on Friday to announce more formal plans, but NATO Secretary General Jens Stoltenberg has denounced Russia’s actions and affirmed that NATO will “continue to do whatever is necessary to shield the Alliance from aggression.” Already, some NATO forces have moved to the Eastern European front and more will likely join in the next few days.

MH: You’re also a senior fellow in our Dispute Resolution Institute. Generally, what kind of dispute resolution can or must happen now?

Blair: Now that missiles are flying, more diplomatic and peaceful dispute resolution looks unlikely, at least for a while. Negotiating with someone who fabricates false historical narratives to justify his actions presents immense if not insurmountable challenges. The goal of any negotiation is to find some sort of common ground, and that seems hard to find in this situation.

NATO and its allies will attempt to exert significant economic pressure on Russia through sanctions, and perhaps in the long run these pressures will force Putin to come to the negotiating table. But I fear that non-violent dispute resolution will be too slow to save the official government in Ukraine.

MH: What do you think is going to happen?

Blair: Official NATO and U.S. predictions are that Ukrainian forces are badly outmatched. They cannot withstand protracted conflict with superior Russian forces. I think that it’s likely the official government in Ukraine falls, at least temporarily. The bigger question, that I do not know the answer to, is how far Russia will push and how far NATO will bend.