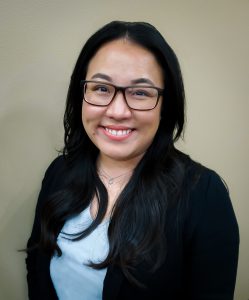 As Khou Yang finishes her final weeks of law school at Mitchell Hamline, she was recently invited on a trip down memory lane by a local television reporter, nearly 30 years after the news organization documented Yang and her family as they moved from a refugee camp in Thailand to their new home in Minnesota.

In 1994, the local NBC affiliate in the Twin Cities (KARE 11) sent a reporter to the Phanat Nikhom Refugee Camp to meet Neng Shoa Yang, his wife Chaw Lor, and their eight children as their move to the United States drew near. Khou Yang was a small child then, though she remembers the camera crews showing up every now and then to update their story.

This week, KARE 11 caught up with the family again – 28 years later – and noted Khou Yang’s impending law school graduation. She graduated from the University of Minnesota in 2013.

Yang remembers gaining an interest in law while learning about the U.S. government in high school, but she decided on law school in 2015, after working for a nonprofit that helped pass legislation in Minnesota to provide funding for oral health education for low-income children. She began at Mitchell Hamline three years ago and has served this year as co-president of the Asian Pacific American Law Students Association (APALSA). Yang plans to take the bar exam in July and hopes to practice in health or family law.