Mitchell Hamline students Angela Levasseur, Katherine Raths, and Kaitlin Yira have been named Student Award of Merit recipients for 2022. All three recently completed their final law school courses and will graduate next month.

The award, from the Mitchell Hamline Alumni Association, honors graduating students whose contributions and participation in organizations and other events go beyond the normal expectations for a student, and who exhibit a strong commitment to diversity, equity, and inclusion.

“These three students perfectly exemplify the work we seek to honor with these awards,” said Dean of Students Lynn LeMoine ’11. “I can’t wait to see how a law degree informs their careers.” 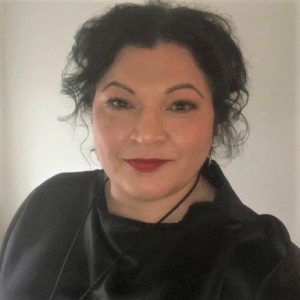 Angela Levasseur. When she graduates, Angela Levasseur will be the first member of her First Nation community in Canada to ever earn a J.D. She plans to use that degree, which will also include one of the first certificates in Native law ever awarded from Mitchell Hamline’s Native American Law and Sovereignty Institute, to work for the legal team for her community, the Nisichawayasihk Cree Nation.

“It’s important for Native people to run our own affairs,” she said in a September 2021 article. “A lawyer can go to court and change oppressive and archaic laws.”

Levasseur, 45, has been an educator for two decades and continued to work full time in Canada during law school, utilizing Mitchell Hamline’s blended-learning enrollment option. She is a mother to five children – ages four to 24 – and has a four-year-old granddaughter. During law school, she’s been active in the Native American Law Student Association, serving as co-vice president and historian, and was a student representative on the board of the Minnesota American Indian Bar Association (MAIBA).

She recently began a job with the Manitoba Keewatinowi Okimakanak (MKO), the political organization for all First Nations in Northern Manitoba, working on matters related to missing and murdered indigenous relatives.

“Angela is one of those law students who brings her advocacy and sense of traditional values to all of the classes she attends,” said Professor Angelique EagleWoman, in a letter nominating Levasseur for the award. “She is a resilient and strong Native woman.” 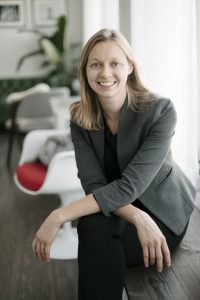 Throughout, Raths has made the dean’s list every semester of law school and was deeply involved with the Mitchell Hamline Law Review, serving as editor in chief this year. “Katherine has been a superb editor, going far beyond the basic requirements of that position,” said Professor Mike Steenson, the law review’s faculty advisor, in a letter nominating Raths.

“She’s been a major force in diversifying the law review, not just with respect to race but also with our blended-learning students,” added Steenson. “One thing we wanted to accomplish when we developed our blended-learning program was to ensure those students had opportunities to engage in extracurricular activities. The law review has done that under Katherine’s leadership.”

Raths, 34, also was part of a group that created “Par Review,” an event that offered female students lessons in golf, given the important networking that often happens on golf courses within the still male-dominated profession.

Raths plans to continue her career in public service in Minnesota. After teaching in several places across the U.S. and Spain, she says she attended law school to “better understand how law and policies can improve educational and societal inequities.” 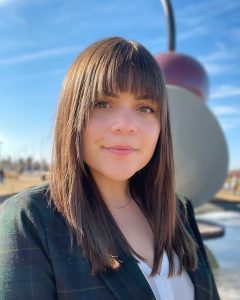 Kaitlin Yira. Kaitlin Yira was drawn to law school after taking a course on public health at the University of Wisconsin. As she learned the connections between race, class, and public health, Yira was especially drawn to the connection between the issue of lead poisoning and criminal justice, given lead poisoning is predictive of the likelihood of being incarcerated. She’s planning a career in environmental justice.

As a student, Yira, 25, served on the boards of both Mitchell Hamline’s ACLU chapter and the Environmental Law Society. She worked at the school’s Reentry Clinic, spending “an immense amount of time building a relationship with her client so that she was able to understand the background which led to the charge she was working towards getting expunged,” according to Professor James Morrow, who nominated Yira. “These efforts paid off and she was able to successfully advocate for the granting of two expungements.”

In addition to mentoring students and being active in the Native American Law Student Association, Yira also worked for the state public defender’s appellate office and for Minnesota Supreme Court Justice Paul Thissen. “My work in criminal law has given me a better understanding of the people that motivate my work towards criminal justice reform and advocating for an environment – both physical and social – that does not promote incarceration,” she said.

Previous Post:
Justice Tomljanovich ’55 honored at Women in Law celebration
Next Post:
Eliminating inequities, one deed at a time