James Thomson is a shareholder and former president of Kennedy & Graven, Chartered. He practices in the areas of Litigation, Land Use, and Local Government Law.

Among his many interests, Thomson is an avid baseball fan and a former coach in the youth baseball and fastpitch softball programs for the City of Bloomington. He also is an avid runner. He is a former member of the U.S. Reserve Officers International Pentathlon Team and has completed over thirty marathons. Thomson also serves as a pro bono attorney for Volunteer Lawyers Network 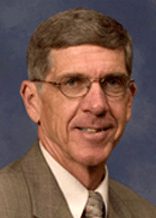