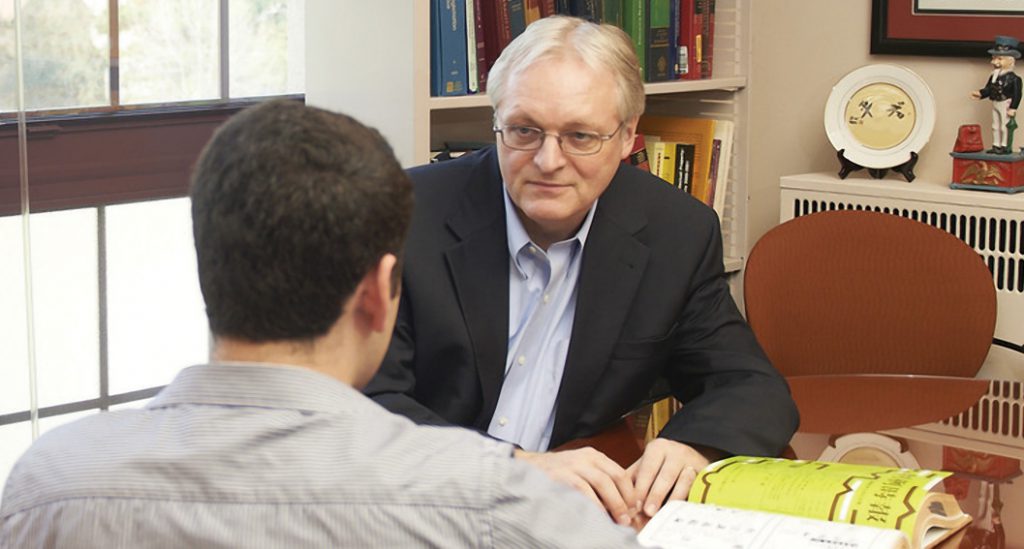 Professor Ken Port is being remembered by his colleagues at Mitchell Hamline as a vigorous scholar and dedicated teacher in the world of intellectual property—with a particular passion for Japan. He loved traveling with his family, teaching abroad, writing articles and books, spending time at his cabin in Wisconsin, and cooking for friends and family. Port passed away peacefully in hospice surrounded by his family on Sept. 27, 2019. He was 58.

Peter Knapp, Mitchell Hamline’s interim president and dean, noted Port’s fierce dedication to helping students—even into the final months of his life. “When he was too ill to be here at school he continued to work with students, supervising their research and writing,” Knapp says. “He was a valued member of our community and the intellectual property community, and he will be greatly missed.”

A prolific author, Port wrote 10 books and authored dozens of law review articles focusing on domestic, comparative, and international intellectual property law. His work was consistently some of the most downloaded legal research on the online research community SSRN.

He had a lifelong fascination with Japan and Japanese history and culture. Port received two Fulbright Research Grants to study Japanese trademark law at Tokyo University and served on ABA committees and international panels addressing the topic. He was not only fluent in Japanese but also read, wrote, and made presentations in the language. Port lived in Japan several times over the years with his wife and daughters. He also served as president and a board member of the Japan America Society of Minnesota.

His family welcomes donations in Port’s name to the Multiple Myeloma Research Foundation.