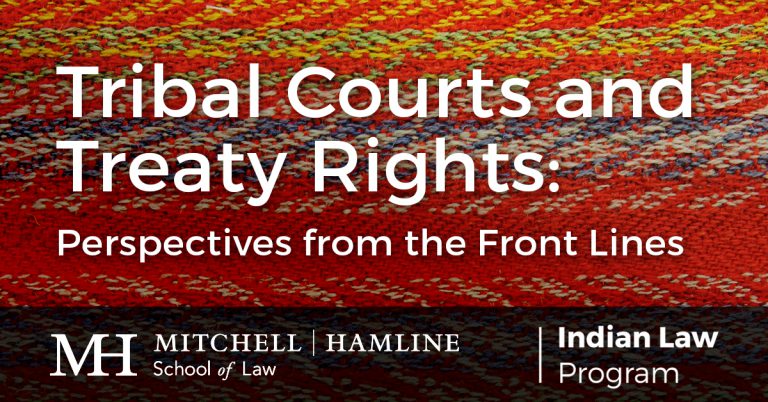 The Indian Law Program will host a daylong CLE “Tribal Courts and Treaty Rights: Perspectives from the Front Lines,” Wednesday, Nov. 14, 9 am—4 pm, at Mitchell Hamline.

The event will feature panel discussions by alums who serve as judges and practicing attorneys in tribal court, a presentation on the indigenous legal system in Canada, and a discussion of tribal treaty rights. Presentations will also examine pending cases on treaty rights in the U.S. Supreme Court and lower federal courts.

Approval is being sought for six CLE credits, and the cost is $30.

A reception will be held after the event to unveil an art and photography display featuring the history of the Indian Law programs at Mitchell Hamline’s predecessor schools—William Mitchell College of Law and Hamline University School of Law.