There have been few constants since the fall semester in 1984 at William Mitchell College of Law—even the school’s name has changed. But through that change and others, Ann Juergens’ Civil Advocacy Clinic has remained.

The intensive course is exactly the kind of hands-on learning that sets Mitchell Hamline apart: Student attorneys getting courthouse experience, representing low-wealth clients in disputes with landlords, employers, and government.

It’s the kind of course that has anecdotally inspired scores of students to work in public service after graduation. It’s also the kind of work that has garnered Juergens the David Graven award from the Minnesota State Bar Association. 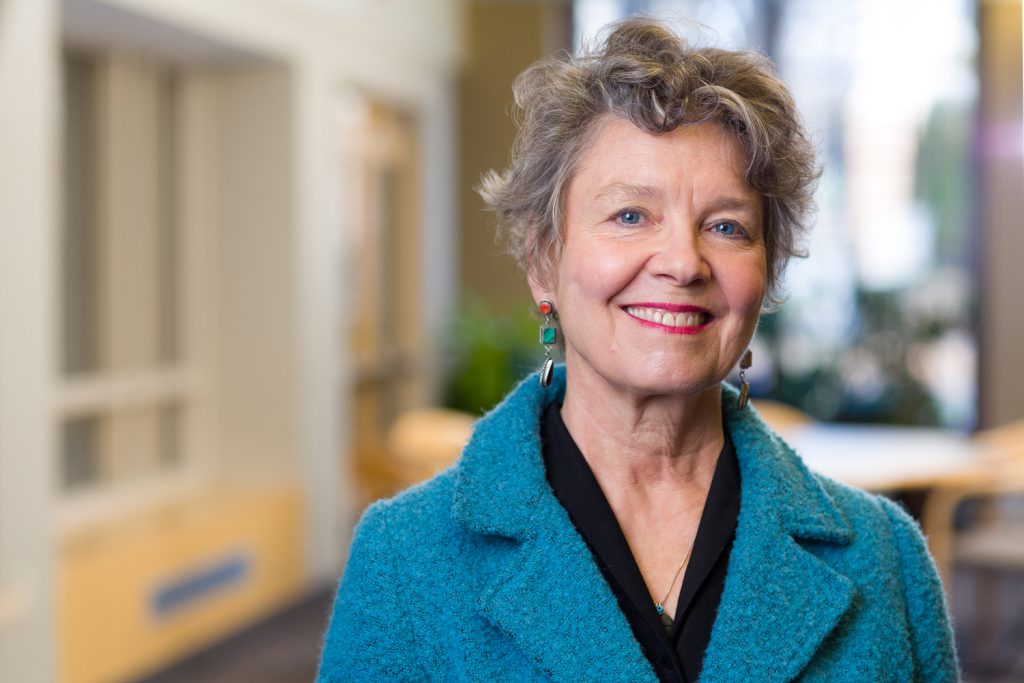 “Ann’s disciplined and compassionate approach to serving justice has meant that she often remains in the background while empowering her clients, community organizations, and students,” wrote three Mitchell Hamline professors in their letter nominating Juergens for the award. “Her personal and professional life epitomize the concept of serving justice as a professional responsibility.”

In addition to running her own clinic, Juergens was co-director for nearly 30 years of all the school’s clinical programs.

The award “does not recognize any one large case or big thing I’ve accomplished,” she said. “Rather it recognizes persistence in collaborating with students, clients, community groups, and the law school to bend law, slowly, toward its greatest public good—real justice in fact, not only on the books.”

Award recipients can direct a $1,000 donation to any charity; Juergens plans to give hers toward scholarships for law students who plan to work in the public interest.

Juergens, 68, grew up in Rochester, Minn., before attending Harvard. She attended law school at the University of Minnesota and the University of California, Berkeley. After graduating in 1976, Juergens practiced law for several years in California, including once defending a rent and eviction control ordinance before the state Supreme Court. She returned to Minnesota in 1984 to both teach at William Mitchell College of Law and work in private practice. She later moved to teaching full time.

Her career has focused on low-wealth and marginalized communities who often have limited access to legal resources. Clinic students have assisted countless tenants whose landlords wouldn’t address mold, vermin, or broken items in a unit – or who illegally failed to return security deposits.

“Her ethic of care for the clinic students and clinic clients has been a light to me,” said Interim President and Dean Peter Knapp, who joined Juergens as a fellow teacher of the Civil Advocacy Clinic in 1989 and co-directed the clinical program with her for nearly 24 years. “She has devoted her professional career to improving access to justice and has continuously found new ways to do that.”

The David Graven award dates to 1994. Created to recognize and encourage public service among lawyers, it’s named in honor of a longtime University of Minnesota law professor and trial attorney who was long active in state politics – as a political adviser, DFL party leader, and even a candidate for office.

The Minnesota State Bar Association will present its award remotely to Juergens on Friday, April 17.

“I love big cases and policy work,” added Juergens. “But I believe the best vehicles for teaching are the individual client representation cases, which teach skills our graduates will need, coupled with giving them an acute sense of what justice looks like for people who live in St. Paul and nearby.”