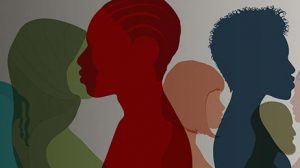 The death of George Floyd in police custody last year focused the world’s attention on a longstanding issue in Minnesota: systemic racism in the criminal justice system.

Beginning later this month, residents of Minneapolis and St. Paul will have an opportunity to shape a project that aims to reduce the racial disparities that exist in the state’s criminal justice system.

The initiative – led by an advisory group made up of more than three dozen members including community leaders, elected officials, judges, law enforcement professionals, prosecutors, public defenders, corrections officials, and academics – is called “Truth and Action: Addressing Systemic Racism in the Criminal Justice System in Minnesota.” It is designed as a “transitional justice” project, based on the belief that reform and reconciliation for societies—particularly those trying to move out of a period of longstanding human rights violations—requires first understanding the truth.

In its first phase, the Truth and Action project will collect individual stories from those who have experienced disparate treatment in the criminal justice system in Minnesota. Those stories will be combined with data on the disproportionate effects the system has on communities of color. Next, work groups will focus on the criminal justice system, from policing to reentry (and every stage in between), to determine crucial areas of needed change in order to take actions to eradicate racial disparities at each step in the process.

The project, convened by the Dispute Resolution Institute at Mitchell Hamline School of Law, will initially focus on Minneapolis and St. Paul, with a planned expansion to the greater metro area, and eventually statewide.

Community input at the beginning stages of this project is crucial because a reimagined criminal justice system is best envisioned when all voices are heard. To this end, the project advisory committee invites all interested Minneapolis and St. Paul community members to join one of our three community listening sessions. The sessions will begin with an overview of the project goals, including information on how individuals can become involved in the project. Then there will be an opportunity for participants to ask questions and provide feedback on what they see as crucial project components and outcomes.

The listening sessions will take place, via Zoom, on three dates:

You can learn more about the project at this website and register for one of the above sessions here.

We hope you will join us to lend your voice to this project.