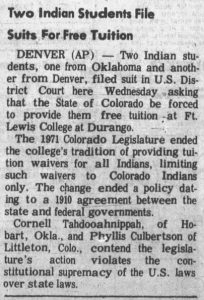 Forrest Tahdooahnippah had heard stories of his father’s activism for Native Americans and Indian Country growing up. But it wasn’t until he did some Internet sleuthing that he learned his father was a lead plaintiff in an important case in Colorado in the 1970s that restored tuition waivers for American Indian students at a college there. “I could see this tangible effect on education my father had because of this lawsuit,” said Tahdooahnippah. “That piqued my interest in public policy work and, later, law school.”

But what piqued the 36-year old’s interest in teaching was the effect his own teachers and mentors had on him when he was in school. Being a lifelong St. Paul resident with a family he wasn’t looking to relocate made the faculty opening at Mitchell Hamline even more enticing. After several years as a partner at the Minneapolis firm Dorsey & Whitney, Tahdooahnippah will join Mitchell Hamline’s faculty this summer as an assistant professor of law. “The emphasis the school has on community and teaching is also a perfect fit for me,” he added. 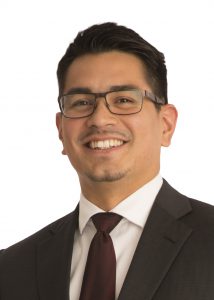 Tahdooahnippah (pronounced tad-uh-nip-uh), a member of the Comanche Nation of Oklahoma, grew up in St. Paul, where his mother’s family history dates back several generations. His father, also a Comanche Nation member, moved to the Twin Cities in the 1980s, where he continued his activism. Tahdooahnippah attended Stanford University for undergraduate, where he was a recruited walk-on member of the track team. He focused on the longest-distance runs (5,000 and 10,000 meters).

During his first year at the University of Minnesota Law School, Tahdooahnippah was paired with Dorsey through a diversity clerkship program. After graduating, he clerked for U.S. District Judge Ann Montgomery, then joined Dorsey, where he’s worked since. He’s worked on matters related to Native American law, intellectual property, and religious freedom – especially as it relates to Indigenous peoples – and hopes to grow his scholarship in those areas while at Mitchell Hamline.

In one pro bono case at Dorsey, Tahdooahnippah was lead counsel in a lawsuit against the Transportation Security Administration over how agents handle objects considered sacred to Native Americans in airport security lines. The case ended with a favorable settlement for Tahdooahnippah’s client.

“There are a lot of places where Native American law intersects with intellectual property and religious freedom laws,” said Tahdooahnippah. “I’m interested in important deliberations that need to happen over things like cultural traditions that have existed in Native communities long before the American legal system was created.

“For example, how can intellectual property legal structures be used to protect things like traditional music or medicine that have been around for centuries? This is an area where Tribal Nations are still exploring ways to potentially exercise the sovereignty they’ve always had.”

“It is wonderful to have an expert litigator in federal, state, and tribal court systems joining our faculty,” said Professor Angelique EagleWoman (Sisseton Wahpeton Oyate), director of Mitchell Hamline’s Native American Law and Sovereignty Institute. “Professor Tahdooahnippah is known as an advocate for Native American students and allies in the field of Native American law and he’ll contribute much to our law school with a background in intellectual property and Native American law.”

As part of his work at Dorsey, Tahdooahnippah has served as the elected tribal attorney for the Comanche Nation of Oklahoma. His wife, Brianna Littlegeorge, is a legislator for the Ho-Chunk Nation in Wisconsin. They live in White Bear Lake with their children.