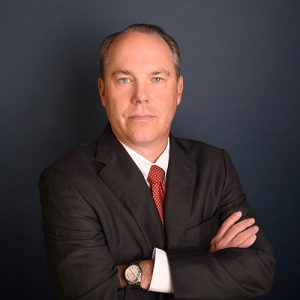 A Mitchell Hamline alum was at the center of historic tentative agreements Tribal Nations made in February with three major drug distributors and with Johnson & Johnson.

Tim Purdon ‘94 has been a partner at Robins Kaplan since leaving his position as U.S. attorney for North Dakota in 2015. The settlement, totaling $665 million, will be split among those tribes that agree to join. When he left the U.S. Attorney’s office, Purdon and fellow former U.S. Attorney Brendan Johnson of South Dakota launched the American Indian Law and Policy Group at Robins Kaplan to work on this and other similar cases.

“The litigation of opioid cases by tribes with the Ohio-based opioid multi-district litigation is a great example of tribes exercising their sovereignty to seek justice,” said Purdon. “This is the first time tribes have participated in this kind of litigation at this scale in order to ensure their voices were heard.”

With communities across the country devastated by the effects of the opioid epidemic, attorneys general from most states have filed lawsuits against those drugs’ manufacturers and distributors. The case was similar to what happened during the 1990s, when states sued major tobacco companies and came to a $246 billion settlement.

But that Big Tobacco settlement didn’t include Tribal Nations, even though as sovereign nations, Purdon says it could have. With the opioid lawsuits, many of which are still ongoing, he says there was an intentional effort by tribes to assert their sovereignty by bringing their own suits.

“When I was U.S. attorney, the number one drug issue on tribal reservations was shifting from meth to opioids,” said Purdon. “We have seen that tribes have suffered disproportionately from the opioid epidemic.

“I had one client tell me they’ve never been able to afford drug treatment facilities on their reservation. These are real dollars that will flow to these communities to build those facilities and take other measures to abate this crisis.”

At one point during litigation, Purdon noted more than 400 tribal governments signed onto an amicus brief – more tribes than had ever been part of one brief in the nation’s history. “Since the 1970s, when the federal government ushered in the era of self-determination, tribal governments in this country get stronger every day,” he said. “This won’t be the last time tribes join together on cases like this.”

As U.S. attorney, Purdon frequently worked on cases in Indian Country, given that many criminal justice matters that happen on tribal land are litigated through federal courts. Even before he was U.S. attorney, Purdon worked as a part-time federal public defender during his years in private practice, which also meant frequent interactions with Native clients.

For this opioid case, Purdon and his team represented 28 Tribal Nations across the country, including all four Dakota tribes in Minnesota. But each of the nation’s 574 federally recognized tribes will have the option to join the settlement.

He also notes this is just the first round of settlements with major companies over the opioid epidemic. Generic drug manufacturers and pharmacies, including Walmart and CVS, are also being sued.