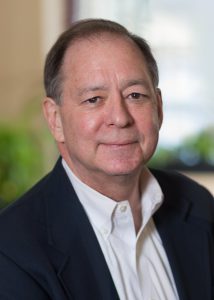 A former Minnesota Assistant Attorney General, Doug played a key role in the historic ligation against the tobacco industry in the 1990s, resulting in the seminal release of internal documents that exposed the tobacco industry’s long history of deceptive marketing, advertising, and research. In 2000, Doug founded what is now the Public Health Law Center at Mitchell Hamline School of Law. From a one-person law and policy think tank on commercial tobacco control issues, the Center grew under Doug’s leadership to become a national organization of over 30 public health attorneys, policy analysts, and support staff that help community leaders strengthen public health laws and health equity.

Today, the Public Health Law Center is the nation’s leading source of legal technical assistance on commercial tobacco control, and assists Tribal, federal, state, and local health advocates and policymakers in dozens of health policy areas, ranging from supporting healthy food access, to the expansion of active transportation policies, to the incorporation of environmental justice in health policy. The Center’s work to eliminate menthol in commercial tobacco products, in partnership with Black-led organizations over the past decade, played a part in the U.S. Food and Drug Administration (FDA) decision in April 2021 to eliminate menthol in cigarettes, and exemplifies the Center’s impact on national policy.

“The national fight to get mentholated tobacco products off the U.S. market owes a huge debt of gratitude to Doug Blanke and the Public Health Law Center. It was the Center that convened national strategy sessions, ‘listening and valuing’ all of the voices at the table. Before ‘equity’ became a buzzword, they sought us out to partner, support, and champion this cause,” said Carol McGruder, Co-Chair of the African American Tobacco Control Leadership Council. “We thank Doug Blanke and the Center for their unwavering partnership with us to Save Black Lives!”

To read an article from our Spring 2022 issue of Mitchell Hamline Law magazine about PHLC’s efforts to ban menthol, click here.

“From fighting Big Tobacco to tackling racism as public health crisis, Doug’s legacy is in the evolution of public health law, in embedding racial and health equity into how and why we advocate for healthy communities,” said Vayong Moua, Director, Health Equity Advocacy, Blue Cross Blue Shield of Minnesota Center for Prevention.

“Doug has made extraordinary contributions to public health and tobacco control over a long and illustrious career,” said Mitch Zeller, Director of the FDA Center for Tobacco Products. “What has so impressed me over the decades I have known Doug is his strong commitment to using the tools of the law to advance public health and social justice. He will be missed.”

“Doug made giant contributions towards the elimination of the death and disease caused by tobacco that will continue to ripple around the U.S. and the world,” said Tim McAfee, former director of the Centers for Disease Control and Prevention’s Office on Smoking and Health. “What I loved about working with Doug was that he brought a solid sense of good will to inter-organizational work, communicating a sense that we were all in this together.”

In 2004, the American Lung Association presented him with its C. Everett Koop “Unsung Hero” Award for his contributions to tobacco control. He is currently Chair of the Board of Trustees for Action on Smoking and Health (ASH), having served on its board since 2007.

“Doug Blanke has done more than anyone to advance tobacco control from behind the scenes. Countless policies around the country and around the world are more effective and more legally defensible because of his wise counsel,” said Micah Berman, Associate Professor of Public Health and Law at The Ohio State University. “For me and many others in public health, he has been a role model, a mentor, a friend, and a beacon of moral clarity.”

A national search is currently being conducted to select the next Executive Director at the Public Health Law Center.