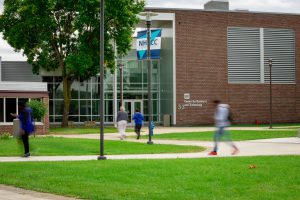 Mitchell Hamline’s Gateway to Legal Education program, launched three years ago to encourage interest in the law among students from historically underrepresented communities, has its highest enrollment ever this fall thanks to a new local partnership.

The Gateway program seeks partnerships with institutions that have large populations of students from historically underrepresented groups and first-generation college students. Mitchell Hamline offers free, online courses to the schools. The students pay their regular tuition and earn credits at their home institutions. 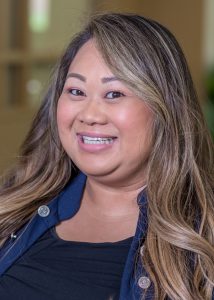 But recruiting nationally, especially during the pandemic, has been challenging, said Soua Xiong, a member of the Mitchell Hamline admissions team who manages the Gateway program. Organizers decided to increase the local emphasis, Xiong said, to build a solid base for the program that could better support national outreach while serving our local community. Plus, young people from Minnesota who decide to pursue legal education would be more likely to stay here to practice, which could help diversify the local bar, she said.

“Minnesota students should know we’re here as a steppingstone to legal education and any legal career you want to pursue after your bachelor’s degree,” said Xiong.

Twenty students, a program record, are enrolled in classes this fall.

Fifteen of those are North Hennepin students enrolled in a new course called Psychology, Race, and the Law. Five from Delaware State are enrolled in the Introduction to Legal Education and Practice course. Notre Dame College in Ohio, the other Gateway partner school, does not have students participating in fall semester. Since the first class—Health Care and the Law: From Tainted Food to Medical Errors—was offered in the spring of 2019, 53 students have taken at least one Gateway course.

North Hennepin student Junior Di Senard said he signed up for Psychology, Race, and the Law this fall to get a grounding in issues he’ll need as he pursues a career as a therapist. “A lot of people really don’t know how race plays into the laws and our legal system in general,” Di Senard said. “I think everybody should take it.” 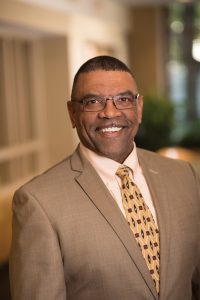 The Psychology, Race, and the Law course is being taught by professors Rick Petry from Mitchell Hamline and Sean Payton from North Hennepin.

Gateway was designed to include a summer program for students as well, but that has not been offered yet, largely due to the pandemic, Xiong said. Organizers are planning a summer session in 2023, at least for North Hennepin students, she said. Mitchell Hamline will provide a free LSAT prep program to any Gateway student who participates in the summer program and expresses an interest in applying to law school. And North Hennepin students get an additional benefit this academic year: Mitchell Hamline is paying the portion of their tuition that covers the class.

In addition to Gateway to Legal Education, Mitchell Hamline participates in several initiatives to support students from diverse backgrounds in pursuing a career in the law, including the Council on Legal Education Opportunity and the Pre-Law Summer Institute.