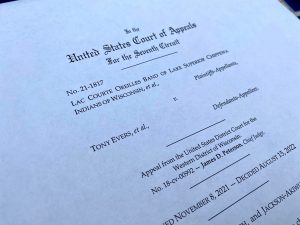 A federal appeals court ruled this month that the state of Wisconsin can’t impose property taxes on tribal lands, so long as the land is currently owned by the tribes or their members. Students from Mitchell Hamline worked on various aspects of the case as it moved through the courts over several years.

The ruling from the 7th U.S. Circuit Court of Appeals was in a case brought by four Lake Superior Ojibwe tribes: Lac Courte Oreilles, Lac du Flambeau, Red Cliff, and Bad River. Those tribes asserted that an 1854 treaty guaranteed they would never be removed from their reservations, and they claimed that this treaty provision must be interpreted to preclude the state from imposing property taxes (and foreclosing on property for failure to pay such taxes), on the tribes’ lands in northern Wisconsin.

The state had argued that the treaty did not foreclose state taxation of the land, and regardless, at least some of the reservation lands became eligible for taxation because they had been subsequently transferred to non-Native people, even though they are currently owned by the tribes or their members. The 7th Circuit ruling rejected the state’s argument and affirmed that reservation land currently held by the tribe or its members is not taxable without congressional approval. 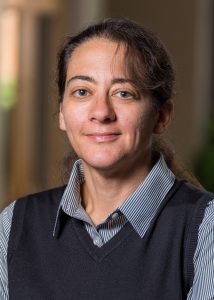 Former Mitchell Hamline professor Colette Routel began preparing the case nearly a decade ago. In 2014, she started bringing in students in a clinic she taught to work on the case. The lawsuit was filed in 2018; Routel left the team last year when she was named a Hennepin County (Minn.) district court judge.

“This is an important victory for the tribes and their members who have long been subjected to unauthorized taxes—and in some instances, threatened with the loss of their homes,” said co-counsel Vanya Hogen of Hogen Adams, who argued the case in the 7th Circuit last year. “Professor (now Judge) Routel led the litigation team before she was appointed to a judgeship, and the countless hours of historical research that she and her dedicated students did was crucial to the tribes’ case.”

“This experience has been both elating and humbling all at once,” said Amy Kania ’17, who worked on the case as a student, then as an associate at Hogen Adams. She now works in the solicitor’s office at the U.S. Department of the Interior. “The Indian Law Impact Litigation Clinic was such an important opportunity to me as a Mitchell Hamline student. That I was able to continue working with and supporting then-Professor Routel on this litigation as a practicing attorney for Hogen Adams taught me so much about the law, the practice of law, and what a deep dive into history and the facts really looks like.”

Part of Routel’s work was taking students on several trips to National Archives locations in Washington, D.C., College Park, Md., and Chicago to conduct historical research. They researched the treaty negotiations and implementation of the treaty over approximately 100 years of land ownership on the four reservations.

“I learned a lot during my trip regarding archival research,” said Jason Decker ‘17 (Leech Lake). “And I’ve been using what I learned to help guide my preparation for a history-intensive case that I am currently litigating.” Decker now works at the Indian law boutique firm Patterson, Earnhart, Real Bird, and Wilson, and was recently named to the inaugural advisory board for Mitchell Hamline’s Native American Law and Sovereignty Institute.

“This is welcome news to Native people across the country,” added Anton Treuer, an Ojibwe professor and Ojibwe history author who provided expert testimony for the case. “This ruling stops the taking. We look forward to remedies for the previous damage done, be those litigated or politically prescribed.”

One of the students who accompanied Routel on every trip to the National Archives as a student at Mitchell Hamline later went to work for one of the tribes. Dyllan Linehan ’16 is now an assistant attorney general for the Lac Courte Oreilles band. He said the experience of working on a case as a student then as a practitioner “really illustrates the ways in which having quality clinics gives students meaningful exposure to large case, as well as how those opportunities can lead to significant skills building and career development. 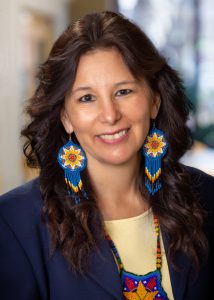 “My experience at Mitchell Hamline in the Indian Law Program [now the Native American Law and Sovereignty Institute] equipped me with the skills to effectively advocate for tribes and be the successful attorney I am today.”

Among the additional students who worked on the case was Alphian (Al) Metoxen, a member of the Oneida Tribe of Wisconsin, who died unexpectedly in October 2019, a few months before he was to graduate. He was later awarded a posthumous degree.

“We continue to be thankful for the efforts by Judge Routel in her prior work leading the hands-on litigation experience for many law students who have now entered the legal profession better prepared to work in the field of Native American Law,” said Professor Angelique EagleWoman, director of Mitchell Hamline’s Native American Law and Sovereignty Institute.

The state has not indicated whether it will seek review of the 7th Circuit’s decision in the U.S. Supreme Court. It has 90 days from the entry of final judgment to file a petition for a writ of certiorari.