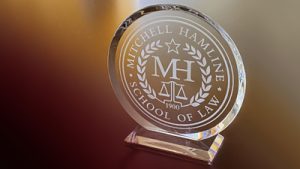 A tribal general counsel working to raise the profile of Native people and their sovereignty, a Florida judge who teaches about baseball and the law, and a defense attorney working for justice reform are being honored with this year’s alumni awards from the Mitchell Hamline Alumni Association.

Jessie Stomski ‘08 is receiving the Distinguished Alumni Award for her work as general counsel for the Prairie Island Indian Community. Judge Lou Schiff ‘80 is the recipient of the Outstanding Alumni Award for his dedication to Mitchell Hamline as an adjunct faculty member for several years, teaching a popular summer course on baseball and the law. Nadine Graves ‘17 is being honored with the Recent Alumni Award for her work to reform the criminal justice system in Minnesota and beyond as both a public defender and criminal defense attorney.

“This year’s recipients are tireless advocates in the areas where they work,” said Allison Burke ’09, Mitchell Hamline’s director of development and alumni relations. “From teaching our own students to working on behalf of tribal rights and sovereignty or for criminal justice reform, all three are stellar examples for our students and law school community.” 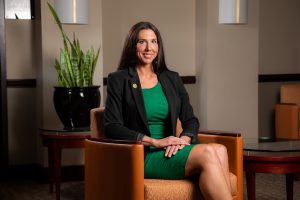 An enrolled citizen of the Muscogee (Creek) Nation, Stomski ’08 is general counsel for the Prairie Island Indian Community to the southeast of the Twin Cities. Earlier this year, she was at the forefront of an effort to raise awareness of the dearth of Native student-athletes in the NCAA. As Prairie Island’s general counsel, she is also a lobbyist for the tribe at the Minnesota Capitol.

In 2020, she helped win legislative approval for a first-of-its kind “net zero” energy project for the tribe and worked this year on an important topic in Indian Country: gaming. With the U.S. Supreme Court’s approval of sports betting a few years ago, she is part of the negotiations to bring sports betting to Minnesota.

Stomski also was a star basketball player in Minnesota as a high school student and played on the University of Wisconsin-Madison’s women’s basketball team. She is in that school’s sports hall of fame and was a professional basketball player before she attended law school. The Charlotte Sting drafted Jessie into the WNBA, and she also completed seasons in France and Greece. 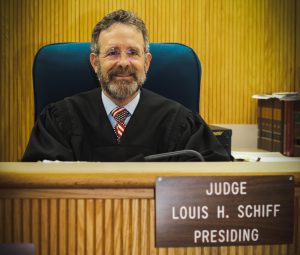 Judge Schiff has been an adjunct professor, coming from Florida each of the past few summers to teach the course Law and the Business of Baseball. His courses usually occur in collaboration with the minor league St. Paul Saints and the major league Minnesota Twins. Portions of the course were previously taught at the Twins’ Target Field before being relocated when the Saints’ new ballpark, CHS Field, opened in 2015. Schiff has also taught Law and Cinema in the past and has been an adjunct since 2008.

Schiff co-authored “Baseball and the Law: Cases and Materials” with Professor Robert M. Jarvis, the first baseball law casebook written specifically for law school use. The book won a SABR Baseball Research Award by the Society for American Baseball Research in 2017.

Schiff was once offered a job with the Yankees, but his father insisted he go to law school first. He’s been a Broward County, Florida, judge since 1996. He also serves on the faculty of the National Judicial College, Florida College of Advanced Judicial Study, and the Florida Judicial College. 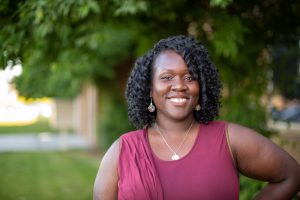 Graves joined the Legal Rights Center earlier this year as deputy director for community legal services, after several years as both a defense attorney and public defender in Hennepin County, Minnesota.

There, she represented parents in child protection matters; residents facing evictions; and hundreds of people charged with criminal cases. She first worked for the public defender’s office during her time as a student at Mitchell Hamline.

The daughter of Liberian immigrants, Graves was born and raised in Minnesota and is a voice for racial equity and justice reform. She has testified at the Minnesota Capitol in support of policies including Ban the Box and expungement reform. Attorney General Keith Ellison appointed Graves in 2021 to a new advisory board that reviews legal cases for people believed to be innocent, and she is a past board chair of We Are All Criminals, a non-profit is dedicated to challenging society’s perceptions of what it means to be “criminal.” Graves discusses these and other topics in her podcast, called “The Waiting Room with Nadine Graves.”

You can learn more about the awards here, and see past winners here.

There will be an event to celebrate these award recipients at our Alumni Award Reception on September 24 from 5-6:30. Learn more about the event and register here.