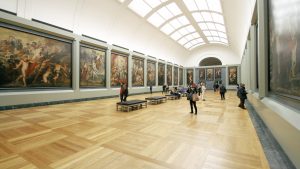 For all the imagination a trip through a museum can inspire, it might be hard for people to remember that museums are businesses – usually nonprofit – that must comply with the same business and nonprofit laws that exist for everyone else.

And then there are laws unique to museums, as students are learning in a course being offered at Mitchell Hamline called “Introduction to Museum Law.” It’s the fourth time adjunct professor Walter Lehmann ’92 has taught the course during the law school’s January term, or J-term. As such, he’s packing the curriculum into just six classes.

For Lehmann, managing partner of Lehmann Law Office, the world of museum law is an ever-increasing part of the work he does as an attorney. “In addition to more typical business, tax, and nonprofit law they must follow, most museums are collecting institutions,” he said. “That opens all sorts of legal and ethical issues involving the management of their collections, including intellectual property and cultural heritage laws and ethics.” 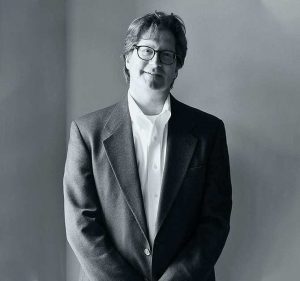 Museums have been in the news more of late as conversations continue over whether some should even possess the collections they have. The University of Minnesota, for example, is in the process of returning the remains of Native Americans that members of the anthropology department had excavated nearly a century ago. In September, the Manhattan district attorney’s office in New York seized 27 antiquities from the famed Metropolitan Museum of Art, saying they’d been looted.

Matters like these require deliberations among people with a knowledge of museum law, noted Lehmann.

“I do sense this is an era where attorneys with knowledge of museum law will always be busy,” he said. “But I have also come to realize over the years that even for students who will not be working with museums, the course provides a good review of legal concepts covered in first- and second-year law school courses.

“That also makes it a good way to start preparing for the bar exam.”