After prepping for and competing in an international competition for more than a week without much sleep, 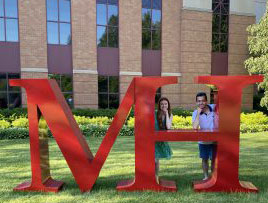 Mitchell Hamline students Austyn Boothe and Daniel Sheikhan decided to stay up until 4 am a few nights ago to watch the results. It proved a good choice. 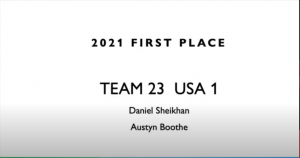 The duo won first place last week in the 2021 International Negotiation Competition. This is the second time in Mitchell Hamline’s six-year history that a team of its students won the top prize.