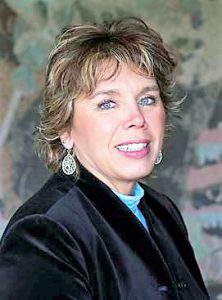 Justice Anne K. McKeig (White Earth Ojibwe) is a graduate of Hamline
University  School of Law and an Associate Justice on the Minnesota Supreme Court. Originally from Federal Dam, Minnesota, which is within the Leech Lake Indian Reservation, Justice McKeig obtained her B.S. from the College of St. Catherine in St. Paul. She went on to serve as Assistant Hennepin County Attorney, specializing in child protection and Indian Child Welfare cases for sixteen years. She also worked as a part-time staff attorney for the American Prosecutor Research Institute.

In 2008, Governor Pawlenty appointed Justice McKeig as a Hennepin County Judge. She served most of her tenure as a district court judge in the Hennepin County Family Court, where she was Presiding Judge from 2013 through 2016. In September 2016, Governor Dayton appointed her to the Minnesota Supreme Court. She is the first American Indian woman to serve on any state’s highest court, as well as the first American Indian appointed to the Minnesota Supreme Court.

Justice McKeig has long been recognized for her expertise in child protection and Indian Child Welfare issues. She co-authored a hands-on curriculum, “Child Abuse and the Law,” which she taught at both William Mitchell and Hamline Law (the two predecessors to Mitchell Hamline School of Law). She is a member of a Speakers Bureau for the National Child Protection Training Center. She is also a board member of the Division of Indian Work, an organization that empowers the urban American Indian community.