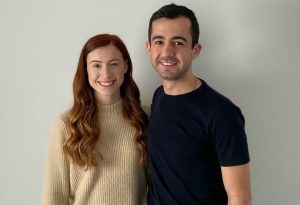 To advance to nationals, Daniel and Austyn first had to get past 168 teams from 82 law schools in the regional competition, which they did last semester. The ABA Negotiation Competition simulates legal negotiations in which competitors must negotiate a series of legal problems. In keeping with the theme of the weekend, this year’s problem involved a series of sports law issues. Austyn and Daniel prepared eight problems over the course of the competition.